You Should Dream: The Texas Tenors at Sandler Center

AltDaily.com | By Penny Neef Placido Domingo, Jose Carreras and Luciano Pavarotti were the first. Three of the most famous classically trained tenors came together to form The Three Tenors in the 90’s and were a huge success.

They began a wave of opera singers crossing over to pop, standards and show tunes. The Virginia Arts Festival presents a unique tenor trio, The Texas Tenors, this Sunday, May 8, at the Sandler Center for the Performing Arts in Virginia Beach. 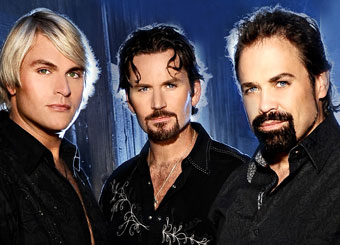 Tickets for The Texas Tenors would make a perfect Mother’s Day present. Marcus Collins, John Hagen and JC Fisher are easy on the eyes and a delight to the ears. All three are classically trained, but they bring something unique to their tenor trio. Their music is “classic country cross over”. You will hear those big operatic voices singing songs by John Denver and Alabama. The Texas Tenors also sing some country, some gospel, some original and always some patriotic songs.

The three were friends and fellow singers in Houston, Texas, when they decided to team up and audition for America’s Got Talent.

They made it to the finals and have been singing together ever since.

Marcus Collins, “the contemporary tenor,” says they were approached after their success on the show by several management teams and producers. The Texas Tenors decided they would manage themselves and produce their own shows.

“When you give your product over to a record label and management company, you lose control,” Collins said. “We want to sing the music we love.”

They sing 180 shows a year and are hugely popular in Branson, Missouri, where they perform at least 60 of those shows. Besides singing, they split all the other jobs between them. They handle their own travel, contracts, production, set design, tech, videos, marketing and social media. They write many of their own songs and arrangements and produce their television specials. Their PBS special, “You Should Dream,” has been shown across the country and won three Emmy awards.

The album, “You Should Dream,” is #106 on Billboard’s All Time Classical Albums. They are producing their next PBS special right now, which will air in June of 2017.

“We put our show together from the ground up and the audience can tell that we are emotionally connected to it,” Marcus said. “That’s how we create such an emotional connection to the audience.” He admits that the ladies love the group, but he enjoys watching the audience as the men in the crowd start “clapping and waving and moving to the music.”

A tenor is a singing voice between a baritone and an alto. It is the highest voice for a man. Tenors have dominated pop music for 60 years. Frank Sinatra and Elvis were baritones, but ever since all four of the tenor Beatles came along, tenors have topped the charts, from Paul McCartney to Michael Jackson to Bruno Mars. The tenor in an opera or a Broadway musical is usually the young, romantic hero. Ladies like the tenors.

The classically trained Texas Tenors have voices that soar across the audience. “There is an excitement, a passion that creates a visceral reaction in your soul,” Marcus said. Now, wouldn’t that make your mother really happy?