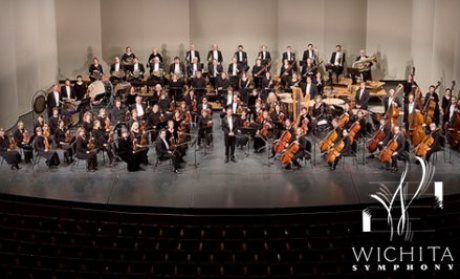 The Wichita Symphony Orchestra announced this week that it is adding extra Blue Jeans and Pops concerts to its 2012-2013 season. The symphony also is adding a new “Compose Your Own Season” option for ticket-buyers.

The extra Blue Jeans concert will be Nov. 16 and features the symphony’s performance of Carl Orff’s “Carmina Burana.”

Don Reinhold, executive director of the symphony, said the extra concert was added to accommodate the growing popularity of these concerts.

“The Blue Jeans show typically has a full house half an hour before the show even starts,” he said. “In the past, we’ve done classical pops music. This year, we decided to test the formula with a great choral piece, ‘Carmina Burana.’ ”

The extra Pops concert will be Feb. 28 and features the Texas Tenors, a popular group that emerged from the NBC show “America’s Got Talent.” One of the band members has a Wichita connection — JC Fisher is an alumnus of the Wichita State University School of Music.

When the opportunity to book the group came up, Reinhold said, he was not going to turn it down.

“We originally looked at booking around the holiday season, but we settled for February,” Reinhold said. “We wanted to see what other concerts we can do and how we can serve more people.”

The Pops and Blue Jeans concerts traditionally are the most popular shows the symphony offers. Both of these extra shows will be in Century II’s Concert Hall instead of the traditional Convention Hall.

Reinhold said he hopes the additional concerts will attract people to the symphony who have never been before.

“We want to let people know that going to the symphony is one of the greatest activities known to man,” he said.

The “Compose Your Own Season” packages, which are popular with symphony patrons in other cities, offer ticket-buyers the chance to choose which four of the eight classical concerts they’d like to see, which nights they’d like to see them and which seat level they’d like to pay for. Those subscriptions should be available starting around Aug. 1. Prices range from $61 to $176.

These differ from the now-available four-pack packages, which include four fixed shows: Oct. 13-14, Nov. 17-18, Jan. 12-13 and March 9-10. Ticketholders can trade those tickets in for tickets to any of the other concerts, however.