Kake.com | PRATT, Kan.— The Miss Kansas stage has special meaning for a couple that is planning to give back through a benefit concert on June 5th.

“This is definitely a full circle moment for us,” said Jennifer Vannatta-Fisher, Miss Kansas 1998.

It is on a stage in Pratt that her life changed forever.

“You never know what kind of opportunity could be in store for you through this situation. We’re great examples of that,” said Vannatta-Fisher.

The Miss Kansas stage is not only where she won the pageant, it is also where she met her husband, JC Fisher.

Fisher began his signing career on the Miss Kansas stage, alongside Miss America 1997.

“That was my first professional gig and I was excited to sing with Tara Dawn Holland, Miss America that year,” said Fisher. “But who would’ve known that I would’ve met my future wife and the mother of our three beautiful children?”

Fisher’s career has since blossomed. He is one of the members of the Emmy Award winning trio, The Texas Tenors. The group debuted five years ago on NBC’s America’s Got Talent and have been named the #10 Classical Artist in the world for 2014 according to Billboard magazine.

Next month, Fisher will join his friends for a benefit concert in honor of 60 years of Miss Kansas being held in Pratt. Proceeds from the concert will benefit the Miss Kansas Organization and Miss Kansas Pageant.

“The Texas Tenors, since they appeared on TV, have done over 800 concerts. I don’t think that they’ve ever performed a concert that has hit this close to home,” said Vannatta-Fisher.

The benefit concert will be held at the Dennis Lesh Sports Arena on the campus of Pratt Community College on June 5 at 8 p.m. To buy tickets, clicking here. 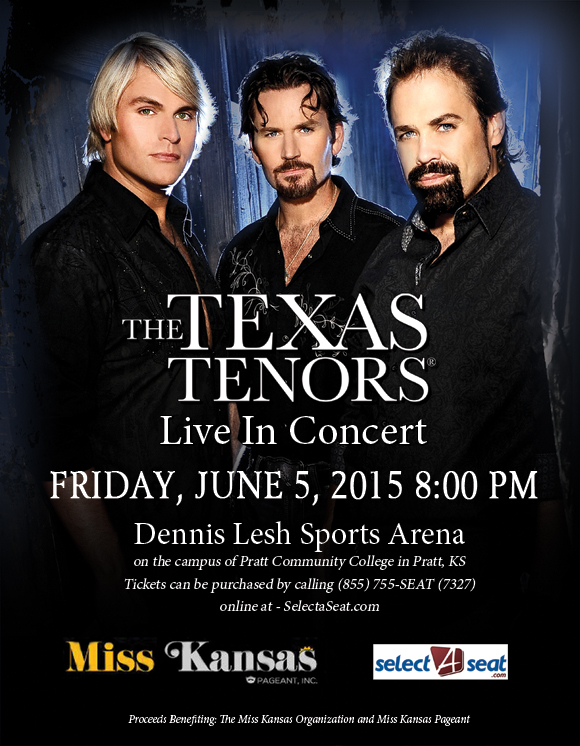 Next Post:VIDEO: The Texas Tenors & The Mission Project