Top 10 AGT Snubs of All Time

“I have always wanted to have a competition show for the very best of the best ‘Got Talent’ acts from around the world,” producer and judge Simon Cowell told Variety. “The variety and the talents of the acts who enter ‘Got Talent’ globally are incredible and unbelievable. Since ‘America’s Got Talent’ was where it all started, I’m absolutely delighted to be launching this on NBC.”

The Champions should be must-watch television based on the show’s success of discovering new stars.

Past winners like Terry Fator (Season 2), Mat Franco (Season 9) and Grace Vanderwaal (Season 11) should return for the AGT champions edition. But close runners-up deserve a second chance at glory as well.

With that in mind, here are the top 10 non-champion AGT performers of all time. 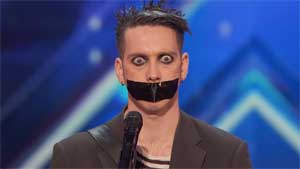 Eerie first appearance aside, Tape Face’s mime act is one of AGT‘s most memorable. His hilarious first audition in Season 11 distinguished him from other comedic acts.

Eventually, his popularity led him to the top 10. Granted, his final rendition prompted Cowell to question, “What the bloody hell was that?” But while the outspoken judge voiced what many thought at the time, there is no denying Tape Face should return to the AGT stage.

Since his 2015 appearance, he has toured the country and opened the “House of Tape” show at the Las Vegas Hotel and Casino. 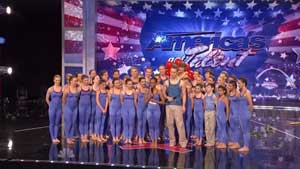 A shadow-based dance group from Colorado, The Silhouettes were Season 6’s runner-up. Using lights, video, photographs and creativity this act inspires audiences with its storytelling.

They returned in 2016 with finalist Linkin’ Bridge, bringing the same message of love and hope to their viewers. Since 2014, they have performed at the Shadowlight Theatre in Colorado.

This group both entertains and inspires audience with its act, which lends it a unique flair.

Before becoming a Saturday Night Live cast member, this impressionist introduced herself to NBC audiences on AGT in 2011.

After watching her audition, judge Sharon Osbourne proclaimed, “I don’t think you will be working in retail much longer.”

Although Villaseñor was eliminated in the semifinals, she went deeper in a competition that had not been favorable for aspiring comedians. That aspect changed in the five years since her competition and her start on the late-night sketch show. But while it is unlikely she would return to AGT, she could bring some fresh material like this sketch from her SNL freshman season. 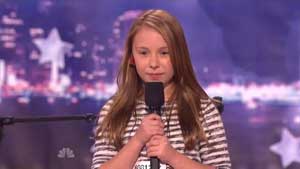 A folk, soul and rock singer, Graceman also appeared on AGT in 2011, only she did so at age 11. There she wowed judges with her performance of “If I Ain’t Got You” by Alicia Keys.

Like Vanderwaal, the Alaska native has since built her career writing and performing her own songs. She has also formed the Graceman band and divided her time between her solo and group career.

Hearing some of her original songs would certainly provide competition for Vanderwaal. 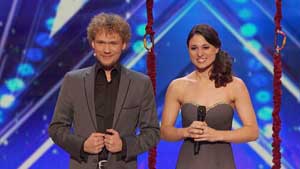 A mentalist duo, the Clairvoyants were runners-up to Vanderwaal in 2016. The magic of Thommy Ten and Amélie van Tass stunned both the judges and America. Every time they took the stage, they delivered with something that should be impossible.

Their mentalist act continues on national tours, and would be a welcome addition to the Champions series.

Their acts defied belief, and is worth seeing on YouTube. Or, perhaps, in person. 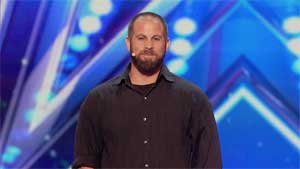 Dorenbos, a former long snapper in the NFL, surprised audiences with his unexpected magic act in Season 11. His humor and skills led him to third place.

In one round, he earned a golden buzzer from singer and songwriter Ne-Yo. Beyond that, he will receive an honorary Super Bowl ring from the Philadelphia Eagles.

Since retiring from football last August, Dorenbos has worked as a motivational speaker. The timing is ideal for Dorenbos to compete in this Champions show. 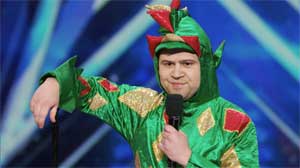 Given his name, you may think Piff is a Saturday-morning cartoon show. He is actually a comedic magician from London. He placed in the top 10 of Season 10 on AGT, though he certainly deserved to finish higher.

Dressed in a dragon costume and often accompanied by his dog Mr. Piffles, Piff impressed guest judge Neil Patrick Harris in one audition and had audiences marveling at his many tricks in another. Since AGT, he has performed around the world and has a show at the Flamingo Hotel and Casino.

Blending music and comedy, Piff’s variety would make him a tough competitor in the Champions series.

Composed of Marcus Collins, John Hagen and JC Fisher, the Texas Tenors are one of the most popular also-ran acts in AGT history. They finished the fourth season in fourth place, but have since formed an illustrious career.

Most notably, the Tenors have won three Emmy Awards for their PBS special You Should Dream. In addition, the trio has performed with prestigious symphonies in Cleveland, Pittsburgh and Houston.

In August 2017, they released another PBS special called Rise.

Their classical crossover style sets them apart and would certainly make them a strong second-time competitor on AGT. 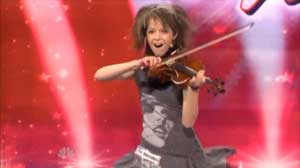 This hip-hop violinist lost in the fifth-season quarterfinals despite standing out with her unique act. Undeterred, Stirling continued performing. She continues to grow her YouTube presence and has even been featured with musician John Legend and band Owl City. Currently, Stirling tours with Evanescence around the country.

Stirling’s skill has garnered recognition, including two Billboard Music Awards. Her music often blends multiple styles together and it works so well.

Stirling and the No. 1 pick on this list could very well beat some of the AGT winners depending on how the Champions series is organized. 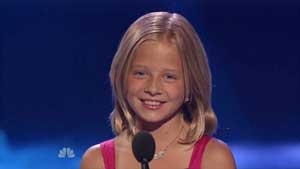 Evancho, a classical crossover singer from Pittsburgh, gained recognition as AGT‘s fifth-season runner-up. Her debut at age 10 was stunning.

In the eight years since her time on the show, Evancho issued a platinum-selling EP and seven albums. Three of them cracked the Billboard 200 top 10 debuts. She has also released holiday albums.

In 2013, she sang for the Capitol’s 4th of July celebration with a moving rendition of “Can You Feel the Love Tonight” from The Lion King.

Her angelic performances have headlined three PBS television specials. She has also personally performed for both the current and previous president. Along with Stirling, Evancho would stand a strong chance of winning the Champions spin-off.

Next Post:God Bless the USA