The Texas Tenors with the Baytown Symphony rapidly selling out 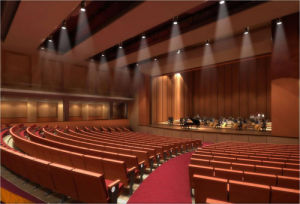 BAYTOWN, TX – Tickets to the upcoming concert performance of the Baytown Symphony Orchestra (BSO) and the Texas Tenors are rapidly selling out, and area residents are advised to act quickly to reserve their seats.

“We are so pleased with the community’s response to this concert,” said Performing Arts Center Director Scott Vernon. “Approximately 85-percent of concert tickets have been sold, and we are expecting to sell out the show this week.”

The concert—which is funded in part by the Houston Endowment and the City of Baytown—features joint performances by the Baytown Symphony Orchestra and critically acclaimed Texas Tenors. The trio, whose repertoire spans Texas country to classical opera, shot to fame during the 2009 season of the television show, “America’s Got Talent,” and has since performed more than 450 concerts around the world.

Musical selections including in the March 9 concert range from Puccini to John Denver, and will showcase the breadth of talent of both the BSO and their special guest.

The Baytown Symphony Orchestra featuring the Texas Tenors will be held at 7:30 p.m. Saturday, March 9, in the Lee College Performing Arts Center.

For additional information about the concert, contact the Performing Arts Center Box Office at 281.425.6255.