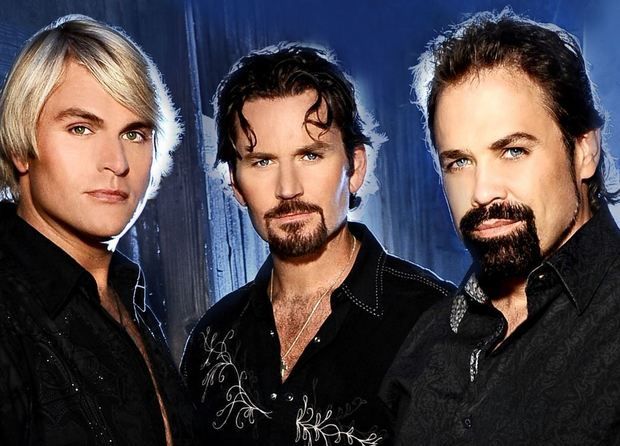 The Texas Tenors will perform at the Golden Nugget Hotel and Casino in Atlantic City.
By Kelly Roncace
South Jersey Times South Jersey Newspapers
on February 28, 2014
It sounds like the opening line to a joke — a pop singer, an opera singer and a country singer walk into a bar.

But what actually happened was these three vocalists walked onto the “America’s Got Talent” stage in 2009 and stole the hearts of millions of viewers.

The Texas Tenors — John Hagen, JC Fisher and Marcus Collins — formed in 2009 in order to audition for the television talent show.

“I met JC on a cruise ship about 15 years ago,” Collins said in a recent telephone interview. “John and JC met doing construction, then I met John through JC. JC heard John singing on the construction site one day and thought ‘Wouldn’t it be great to put together a tenors group and audition for ‘America’s Got Talent?’”

So that’s what they did, and ended up placing fourth in the competition.

Now, after traveling the world and performing approximately 600 concerts, the Texas Tenors will perform at The Showroom at the Golden Nugget Hotel and Casino in Atlantic City on March 7 and 8.

With their unique blend of classical, country, gospel, Broadway and pop, The Texas Tenors had no idea people would respond so positively to their sound.

When the three singers first came together, they rehearsed over the phone.

“We never sang together until we met in a hotel conference room,” Collins said.

That was just before they took the stage for their first audition at “America’s Got Talent.”

“John Hagen arranged all our music,” he said. “He knows our voices and what we can do. So we started singing and realized, ‘Wow, we actually sound pretty good.’”

Collins said each of them are classically trained singers, so they knew how to blend their voices together and make a sound that has obviously worked.

“John was more focused on opera and classical, and he has grown as a pop singer,” Collins said of how each member has learned from each other. “He’s using a completely different part of his voice.”

He said he has grown as a country singer thanks to learning from JC.

The Texas Tenors show is a mix of styles that appeals to everyone.

Collins said the name, The Texas Tenors, sometimes makes some people think they are “all yee haw music” or all classical music because of the tenors reference, but they are combination of many styles.

“Whatever switch flicks in your brain when you hear our name, we’re actually everything combined,” he said.

Since their appearance on “America’s Got Talent,” Collins said their careers have exploded.

“We got to make a music video on the Great Wall of China,” he said. “We get to do what we love and get paid for it.”

The Golden Nugget Hotel and Casino is located at Huron Avenue and Brigantine Blvd. in Atlantic City.

For more information and tickets go to ticketmaster.com.