The Texas Tenors to perform in Pasadena 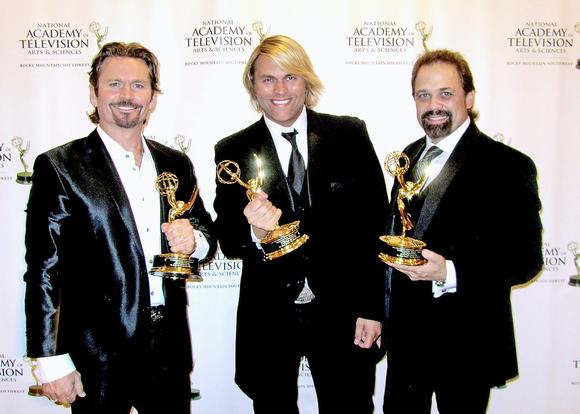 The Texas Tenors, JC Fisher, Marcus Collins and John Hagen, shown with the Emmys they won for their recent PBS Special, will be performing holiday concert “Deep in the Heart of Christmas” at the Ambassador Auditorium in Pasadena on Sunday, Dec. 21 at 8 p.m. The concert is a fundraiser for the Community Scholarship Foundation of La Canada Flintridge. (Courtesy of Patrick Landis / November 22, 2014)

The Texas Tenors to perform in Pasadena

By Carol Cormaci
In their first public performance in the Los Angeles area since their recent Emmy award-winning PBS special, the Texas Tenors will be performing a holiday concert, “Deep in the Heart of Christmas,” at the Ambassador Auditorium in Pasadena, at 8 p.m. on Sunday, Dec. 21. The concert is in support of the nonprofit Community Scholarship Foundation of La Cañada Flintridge, which this year is celebrating its 50th anniversary of funding college scholarships for students in need.

Two years ago the Texas Tenors held a concert at Lanterman Auditorium in La Cañada, which was filled with supporters of the scholarship foundation. It is hoped their return to the area next month will be equally well-received.

The trio — JC Fisher, Marcus Collins and John Hagen — first came to the public’s attention five years ago when they performed on the TV show, “America’s Got Talent.” Since that competition, they have performed more than 700 concerts around the globe. Their first PBS special, “You Should Dream” with the Phoenix Symphony, garnered three Emmys in October, including one for Best Entertainment Program or Special.