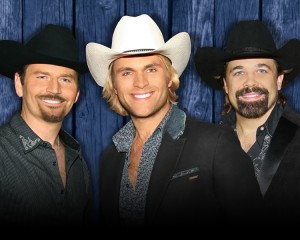 America’s Got Talent sensations The Texas Tenors are back in Hollywood, where they first rose to national fame, and working on their second album, “You Should Dream.” The top vocal group in the history of the show is bringing their unique blend of country and classical music to the prestigious Conway Studios, working with Grammy and Academy Award nominated producer Nigel Wright.

Wright, a fixture among the music industry elite, took interest in the trio after working with them on the show.  Wright serves as Simon Cowell’s musical director for ‘America’s Got Talent,’ ‘X Factor,’ ‘American Idol’ and has a successful partnership with Sir Andrew Lloyd Webber.  He has produced industry heavyweights from Barbara Streisand and Madonna to Jose Carreras with over 40 top 20 hits and four number one singles.