It all started three years ago when budding songwriter Ali Wood wrote a short story about true inspirations in her life. Who would have thought that from this simple, humble beginning a new country phenomenon would be born, but that exactly what happened when Ali’s love and respect for two All-American brands, The Texas Tenors and Bootdaddy came together and created country music magic.

Some know Bootdaddy as the prize winning bull, some as the successful western apparel brand, but most know Bootdaddy as the man – Randy Little. Ali and her family would head to PFI Western store in Springfield, MO often to not only shop, but to stop by and chat with Randy Little and company. Inspired by the power of the Bootdaddy brand and her grandson Lane’s own success in the YBR World Championships, she sat down and wrote a short story that in part became the chorus to The Texas Tenors’ original song BOOTDADDY.

After seeing The Texas Tenors in concert and being moved and motivated by their electrifying live show, Ali formed a friendship with group member JC Fisher and knowing The Texas Tenors own strong relationship with Mr. Little, Ali shared her story with the guys. With talented Nashvllle songwriters and TTT band members Larry Hanson and Tim Lee, the “boot scootin’, two steppin’” song was born.

“All eyes open for the Bootdaddy and we’re not kiddin’!”

BOOTDADDY is available on The Texas Tenors: RISE CD. 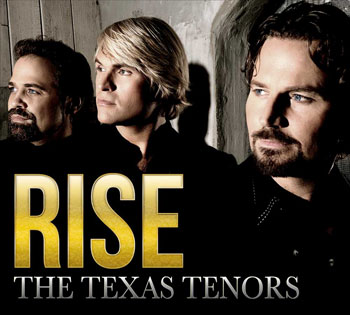 About The Texas Tenors:

The Texas Tenors are a 3-time Emmy Award winning classical crossover trio who made their national debut on NBC’s America’s Got Talent in 2009. Since their 4th place finish on the show, Marcus, JC and John have performed over 1500 live concerts worldwide amassing a huge fan base and numerous awards and accolades. Earlier this year, The Texas Tenors released their fourth album RISE to rave reviews and career high Billboard Chart success with their first #1!

Prevoius Post:JC Fisher of The Texas Tenors is bringing his muscle car to SEMA in Las Vegas

Next Post:Christmas Spirit Flows With The Texas Tenors