It was a full house Tuesday night as we all gathered in anticipation to hear the 3x Emmy Award winning trio hit the stage. The lobby was crowded with guests! Some were eating ice cream in the Diner; some were shopping for mementos in the very charming gift shop; others were pacing the floors waiting to enter the theatre. There was a buzz of laughter and engagement that filled the air. I was honored to be accompanied by my 87 year old Grandfather (“Papa” as I call him) as we entered through the giant sliding doors into the scene.

“Wow”, said Papa. “This place is impressive. ” We hurried over to the ticket counter where we were greeted by the sweetest lady. She printed our tickets and showed us a seating chart so that we would know exactly where our seats were. We couldn’t wait! 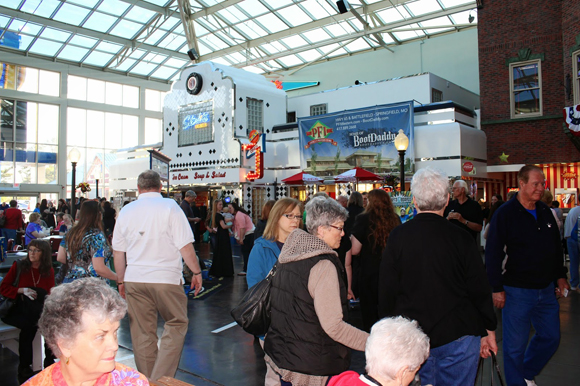 As we entered the Starlite Theatre, we were in awe. “This place is huge!”, said Papa, as we quickly found our seats. When we sat down, we could hear guests talking all around us. Some had been to see The Texas Tenors over 200 times! Some, like us, were 1st timers and knew by the looks of the crowd, that we had come to the right place! This was a special night, not only to see The Texas Tenors, but as a bonus, the Ponca City High School Orchestra was going to perform a pre-show. The lights dimmed and the music began. The Ponca City High School Orchestra played 3 songs from the movie Frozen along with a few others. They were great. 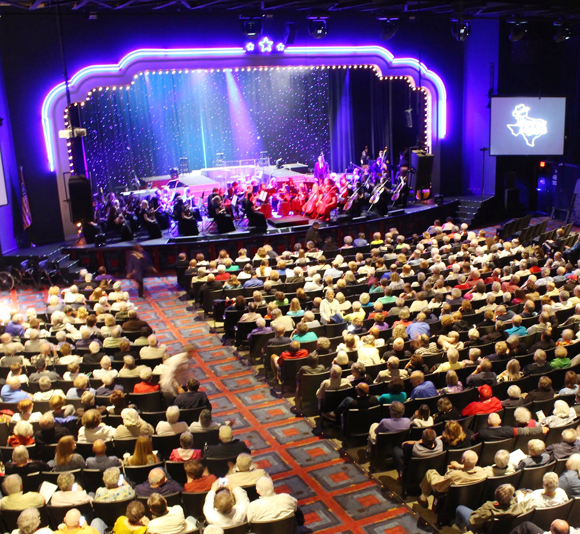 The Starlite Theatre in Branson, Mo.

Oh, but when The Texas Tenors finally came out on stage, the crowd went wild. The three men started off with some country and then a few classical hits. Throughout the show, they told of their success and what life events led to where they are now. The Texas Tenors are the perfect trio. Their voices blend together like silk and I believe they could make a nursery rhyme sound amazing. Everything from the lighting to the choreography and the arrangements of the songs was flawless. They did sing their 3x Emmy award winning PBS Special. “You Should Dream.” The story behind that song is so sweet. It just proves that they have servant hearts and love making a difference in the lives of others. The most memorable for me was when they sang, “God Bless The USA.” I looked at my Grandfather and long streams of tears were flowing down his face. They followed the song by thanking all veterans and then their families. My Grandfather was in World War II and was honored to be recognized. 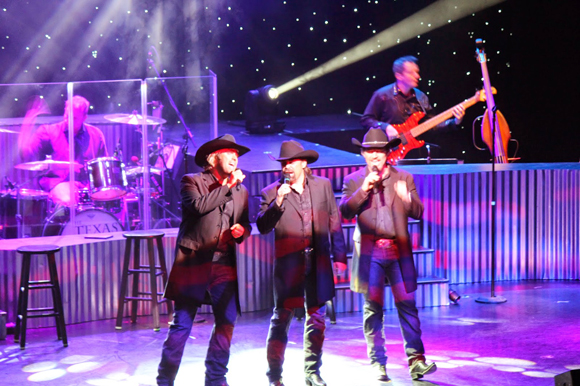 The Texas Tenors at the Starlite

At Intermission, the Ponca City High School Orchestra performed a few more songs. The most beautiful was their last arrangement when they joined The Texas Tenors to perform, “Wild horses.” The song moved our souls. When the second half began, The Texas Tenors performed their rendition of songs from the Phantom of the Opera. Amazing again! Every song was perfect and beautiful. We didn’t want the night to end.

But, as all things usually do, the night did end. We had the pleasure of meeting the owner of the theatre on our way out. My Papa looked at him and said with the sweetest face, “That was the best show I have ever witnessed. Thank You.” I just broke down with emotion. To impress an 87 year old man who has lived and experienced everything is a pretty big feat.

I just want to personally thank the Starlite Theatre and The Texas Tenors for an amazing memory that myself and my Papa will never forget. God Bless You!

Check out The Texas Tenors Branson concert schedule for more performance dates in 2015! 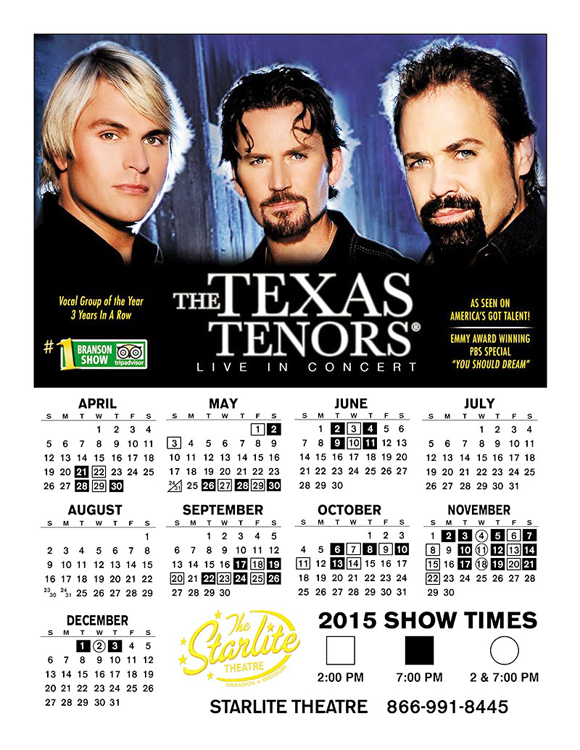