The Texas Tenors, living a dream, continue their ‘RISE’

Stand-alone concert serves as the unofficial opener for SMSO, The Mendel Center

HeraldPalladiu.com | BENTON HARBOR, MI – The Texas Tenors were in a Nashville studio working up some arrangements for their forthcoming album when band member Larry Hanson pulled out a few new songs for the trio to hear.

“One of them was this song ‘RISE,’” John Hagen says by phone from his home in Kansas City, Mo. “We loved the lyrics and the music and everything about it. We just thought we could really make this work for us. What he didn’t tell us at the time is that it was written by his daughter, Jennifer Hanson. But we just fell in love with the message so much that we named the special after it as well as this album. It spoke to us, and we hope it speaks to others.” 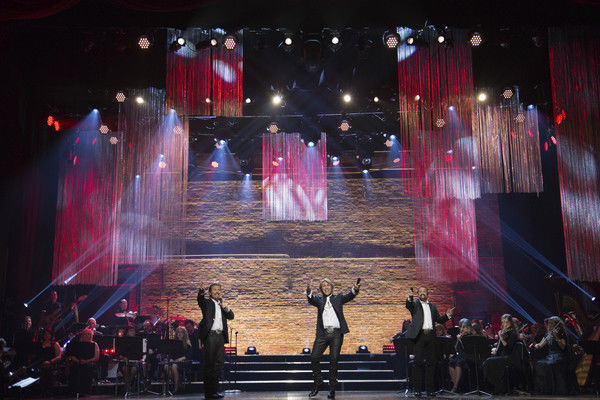 The Texas Tenors perform Friday with the Southwest Michigan Symphony Orchestra at Lake Michigan College Mendel Center Mainstage Theatre in support of their new album, “RISE,” which is being released that same day.

That special, featuring The Texas Tenors in concert at the Grand 1894 Opera House in Galveston, Texas, has been airing on PBS stations throughout August and into September, including Aug. 20 on WNIT Public Television.

The Texas Tenors latest album, “RISE,” will be released Friday, the same day Hagen, Marcus Collins and JC Fisher join the Southwest Michigan Symphony Orchestra on stage for a concert at the Lake Michigan College Mendel Center Mainstage Theatre. The stand-alone collaborative event between the SMSO and The Mendel Center essentially serves as the unofficial season opener for both organizations.

“It’s an eclectic mix of patriotic music, some inspiring stuff and is really all over the map, but it’s really fun and the orchestrations are lovely,” SMSO conductor and music director Robin Fountain says. “They’ve had a lot of success, and there’s good reason for that. They obviously put a great deal of time and effort into making the accompaniments beautiful.” 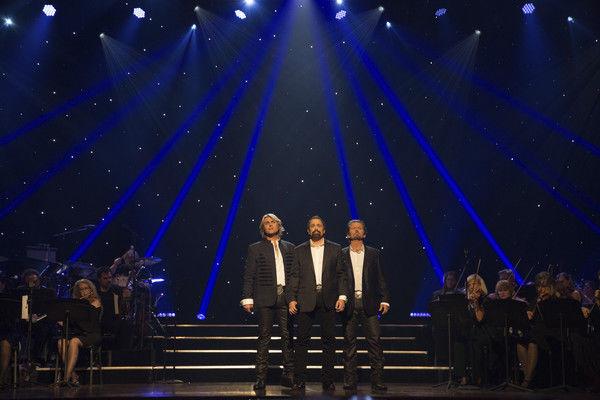 Hagen, Collins and Fisher, three classically trained vocalists, joined forces in 2009. It was Fisher, who also has a background in country and pop music, who came up with the idea, loosely modeled after the popular operatic singing group of Plácido Domingo, José Carreras and Luciano Pavarotti.

“JC and Marcus met each other doing a production on a cruise ship a long, long time ago,” Hagen says. “I met JC doing some construction work. We were all in the business. It was feast or famine. Sometimes you are working and sometimes you’re not and you pick up odd jobs. He knew I sang, and we messed around a little bit, and he had this idea of getting the three of us together and taking different genres of music and creating a hybrid out of it.”

Hagen, an accomplished classical vocalist, had sung with respected professional opera companies across the U.S., while Collins was a gifted pop and musical theater singer who also worked regularly as a TV actor.

“We had all gone to school and were classically trained musicians but went in different directions,” Hagen says. “I stayed in the classical realm, JC dabbled in everything from classical to Broadway to whatever, and Marcus really went the pop and Broadway route. What that did for us and does for us is serve a wider range of music styles than any one of us could do individually. We are able to be very creative with our voices.”

Months after they formed, the group was invited to compete on season four of the TV talent show “America’s Got Talent,” where they finished in fourth place.

“I didn’t really know anything about ‘America’s Got Talent’ at the time,” Hagen says. “I was busy doing other stuff and didn’t watch much TV, so I was skeptical of it, but it became such a great platform for us. The exposure we got from the TV show was priceless.”

Before the year was out, The Texas Tenors recorded and released their self-titled debut album, which featured several of the tunes they performed on “America’s Got Talent” – Alabama’s “Mountain Music,” The Righteous Brothers’ “Unchained Melody,” Frank Sinatra’s “My Way” – along with a variety of popular numbers and operatic arias.

“You have to move fast or everyone is onto the next thing,” Hagen says. “It was all pretty surreal. We had the attitude that whatever happens happens, and they are either going to like it or not and fortunately for us it worked out.”

The trio quickly became a potent live draw, touring in the U.S., the United Kingdom and China, as well as making regular appearances in Branson, Mo. In 2013, the group released two full-length albums, the country-themed “You Should Dream” and the holiday collection “O Night Divine,” as well as the live EP “The Texas Tenors Unplugged: Live from Larry’s Country Diner.” They received three Emmy Awards for the PBS special for “You Should Dream,” and then returned in 2015 with the album “Ruckus on the Ranch.” 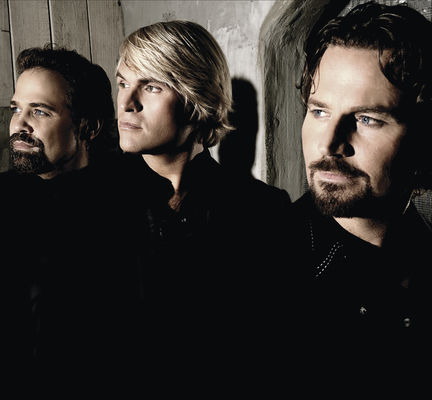 John Hagen, from left, JC Fisher and Marcus Collins, collectively known as The Texas Tenors, perform Friday with the Southwest Michigan Symphony Orchestra at Lake Michigan College Mendel Center Mainstage Theatre in support of their new album, “RISE,” which is being released that same day.

“RISE” continues the successful formula of previous albums with orchestral arrangements of “Amazing Grace,” The Righteous Brothers’ “You’ve Lost That Lovin’ Feelin’,” John Denver’s “Take Me Home, Country Roads,” Bruno Mars’ “Just The Way You Are,” and the Irving Berlin classic “God Bless America,” as well as originals such as the ballad “I Don’t Want to Let You Go” and that title song, which was made available for download early on The Texas Tenors website with proceeds going to the Hurricane Harvey Relief Fund established by Houston Mayor Sylvester Turner.

“Some of the lyrics in that song really describes our journey,” Hagen says of “RISE.” “‘You’ve Got The Power Don’t Forget’ and ‘Don’t Stop Until You Touch The Sky.’ When we embarked on this journey together we thought ‘Let’s just put ourselves out there and let the chips fall.’ This song is a song of encouragement and hope, and we just keep trying to move forward and I feel like this is a song that can get someone inspired and get them to be like a dog on a bone like we’ve been.”

If the PBS special is indicative of Friday’s set list, The Texas Tenors may also perform selections from musical theater classics “Les Misérables” and “Phantom of the Opera” as well as Giacomo Puccini’s classic opera “Tosca,” which, Hagen says, are pieces that are only made richer when performed with a symphony orchestra.

“We love singing with orchestras,” he says. “It’s like instead of having a crayon box with eight crayons in it, now you have 64 crayons with all these colors and all of this power. I love all the shows we do, but there’s nothing like having 50, 60, 70 musicians backing you up on stage and collaborating. Some of these orchestrations have really intricate parts. I still hear new things, like ‘Oh, there’s a little oboe line I didn’t hear before,’ that catches my ear. The symphony concerts are my favorite. … But none of us could have imagined where this would lead us. We are having so much fun. We’ve worked hard but we are lucky to be doing what we’re doing. We’re living a dream, don’t wake us up.”

Next Post:Vietnam War veterans to be honored at event Wednesday in Indianapolis