The Texas Tenors at Jasper Arts Center this Saturday

DuboisCountyFreePress.com | JASPER, IN – The Texas Tenors will perform Deep in the Heart of Christmas at the Jasper Arts Center on Saturday, December 10th at 7:30 p.m. The trio features Marcus Collins, J.C. Fisher, John Hagen and The 3 Bottle Band.

With their Emmy Award winning PBS special now airing across the country, and Billboard chart-topping albums; it’s easy to see why The Texas Tenors are America’s favorite new tenors.

Since their whirlwind debut seven years ago on NBC’s America’s Got Talent in 2009, The Texas Tenors have accumulated a long list of awards, accolades and excited fans. They have performed more than 1,000 concerts around the world, including a 24-city tour in the United Kingdom, Shanghai, China, and collaborations with some of the most prestigious symphonies in the U.S.

People are clearly enjoying their talent as they were recently named the #10 Classical Artist in the world according to Billboard magazine. 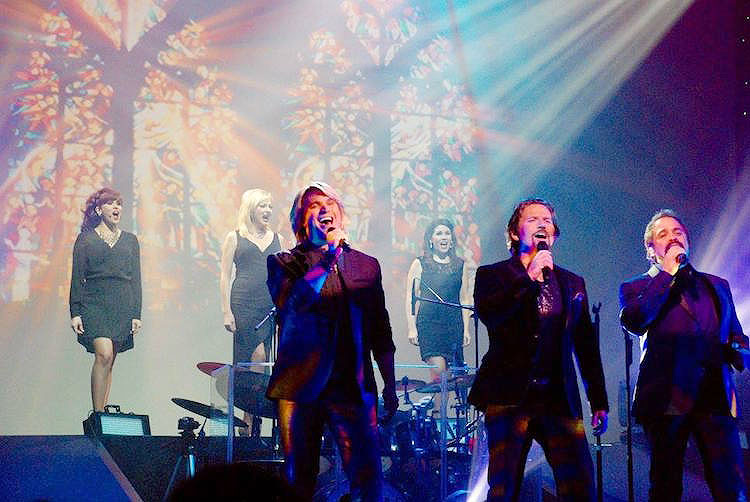 The three friends, Marcus Collins, John Hagen and J.C. Fisher decided to enter the national competition on a lark. While they had each experienced successes in their individual careers, they had all reached a point where they were looking for direction. They only had a few weeks to perfect their act but they blew the judges away with their performance. They ended with one of the highest votes in the history of the show and decided that their careers were destined to be entwined.

Marcus Collins was born in a small town and began singing to the radio at age 4. After receiving classical training in college, he performed on numerous talent shows, fairs, and cruise ships, and has also appeared on Broadway in the cast of Hairspray, Altar Boyz and the Amazing Technicolor Dreamcoat. Collins has also acted in over 100 episodes of network TV, 25 films and numerous commercials. He brings a contemporary element to the trio.

John Hagen is a graduate of the University of Northern Iowa and has taught voice at Wartburg College. An “astonishing tenor of deep musicality”, he made his Lincoln Center debut in New York City. Hagen created three tenor roles in the world premiere of “The Lost Dauphane” on PBS. He has performed on Broadway including playing Billy Bigelow in Carousel and Che in Evita. He has received many awards for his classical performances.

J.C. Fisher has entertained around the world for the past 15 years. Although he was a football star in high school, his passion for singing led him to seek a degree in music at Wichita State. He has performed in various roles including Rodolfo in La Boheme, Tamino in The Magic Flute, Ernesto in Don Pasquale and Henrick in A Little Night Music. After college, Fisher traveled to Lucca, Italy where he sang in the Puccini festival. With a home base in Katy, Texas, he took his one-man show on over 75 cruise ships. This allowed him to create a program with many different genres of music and world class arrangements. He is married to the former Miss Kansas, Jennifer Vannatta and has three children.

Although the Texas Tenors wear cowboy hats and are from Texas, their performance ranges from gospel to country, opera to Broadway with some classical and contemporary thrown in for spice. This holiday program will feature many Christmas tunes and new releases from their album The Texas Tenors: You Should Dream Live.

Jasper Community Arts is a department of the City of Jasper. Additional support is provided by Friends of the Arts, Inc., the Indiana Arts Commission, and the National Endowment for the Arts. It is also a Kennedy Center Partner in Education and provides arts education programming to local schools.

Next Post:The Texas Tenors bringing ‘Deep in the Heart of Christmas’ to RHIT on Friday