WHITING, INDIANA – The City of Whiting proudly announces our Summer-long Celebration of spectacular events extending from June through August. The City of Whiting has teamed up with some of the nation’s most famous entertainment companies, nationally recognized characters, and has created one-of-a-kind events that you and your family will not want to miss.

We’re inviting all of Chicagoland and Northwest Indiana to enjoy this year’s spectacular Summer with the Symphony Concert: The Texas Tenors® and the Whiting Park Festival Orchestra.  Joining the talented Whiting Park Festival Orchestra for a never before seen performance on July 23rd, with their Emmy Award winning PBS special now airing across the country, and Billboard chart topping albums, it’s easy to see why The Texas Tenors are America’s favorite new tenors. Since their whirlwind debut six years ago on NBC’s America’s Got Talent, The Texas Tenors have accumulated a long list of awards, accolades and excited fans. They have performed more than 1000 concerts around the world, including a 24-city tour in the United Kingdom, Shanghai, China and collaborations with some of the most prestigious symphonies in the US. People are clearly enjoying their talent as they were recently named the #10 Classical Artist in the world according to Billboard magazine. 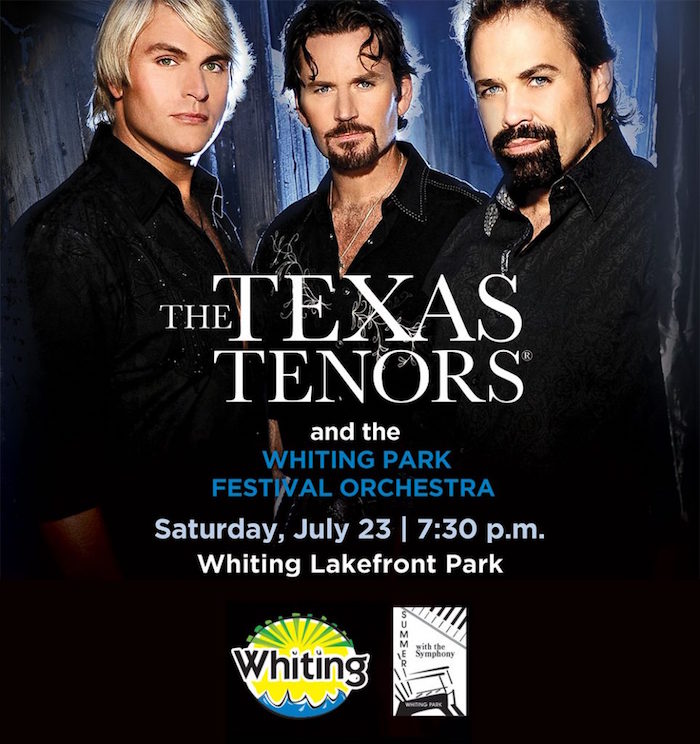