The 7:30 p.m. concert will feature Christmas favorites performed in the group’s uniquely styled blend of country and classical music.

The Texas Tenors debuted in 2010 on NBC’s hit show “America’s Got Talent,” and have since racked up an impressive list of awards and honors, making them the No. 1 vocal group in the history of the show. Their PBS special, “You Should Dream,” aired on stations across the country and garnered three Emmy Awards. The trio also is among Billboard’s Top 10 classical recording artists. 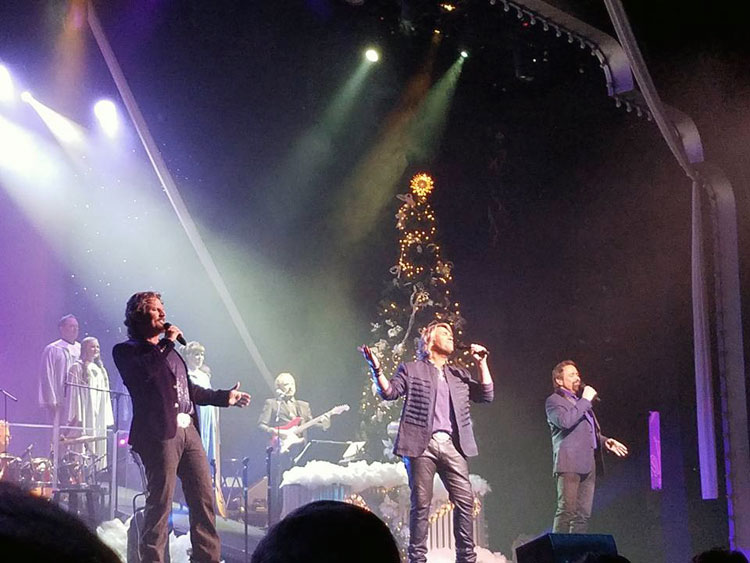 Coming to Rose-Hulman: The Texas Tenors will bring their “Deep in the Heart of Christmas” show to Hatfield Hall at Rose-Hulman Institute of Technology on Dec. 9.

“The Texas Tenors are excellent showmen who sing in a variety of styles and harmonize beautifully,” said Dan Tryon, Hatfield Hall’s director of performing arts. “It is no wonder they play to packed houses all across the country.”

Members of the group include Marcus Collins, “The Contemporary Tenor”; John Hagen, “The Tenor”; and JC Fisher, “The Romantic Tenor.”

Individually, each singer has an impressive resume that includes appearances in Broadway shows and with symphony orchestras throughout the United States. Each member brings a unique background and style that creates the trio’s signature sound of smooth, soaring vocals combined with a warm and engaging stage presence.

Together, The Texas Tenors have performed more than 1,000 concerts around the world and have collaborated with several prestigious U.S. symphonies and performing arts centers. The group also has a featured show in Branson, Missouri, where they were named vocal group of the year three years in a row.

Tickets for their show at RHIT are available online at hatfieldhall.com, by phone at 812-877-8544, or at the Hatfield Hall ticket desk from 10 a.m. to 5 p.m. Monday through Friday, and 90 minutes before the show.

Tickets and complete show information also are available at hatfieldhall.com.