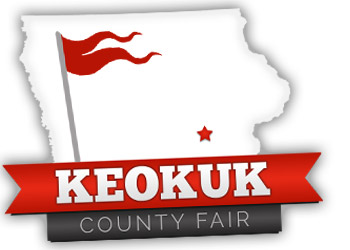 It all starts with a dream… This can be said of so many of the good things in life. One thing that certainly started out as a dream was the musical success of three gentlemen who are now known collectively as “The Texas Tenors”. Back in 2009, John Hagen, JC Fisher and Marcus Collins had their very successful debut on NBC’s “America’s Got Talent”, and they have taken off running ever since then, barely stopping long enough to breathe. To their credit, they have since performed in over 1,000 concerts all over the world, produced their own PBS special which won 3 Emmy Awards with a second PBS special currently in the works, had Billboard chart topping albums and singles, and been featured on several television shows including NBC’s “Today” show. Theirs is a unique mix of country, classical, gospel, Broadway and contemporary music – they do it all, and they do it all so well!

Despite their group name of “The Texas Tenors” (based upon the fact that they have all lived in Texas at one time or another), two of the tenors are Iowa natives. John Hagen’s hometown is Waverly, Iowa. He has taught voice/vocal classes at Wartburg College and at his alma mater, the University of Northern Iowa. Marcus Collins was born in Washington, Iowa. He attended both Indian Hills Community College in Ottumwa and Drake University in Des Moines, and he has appeared in many musical theatre roles as well as several network television programs and numerous films. JC Fisher hails from Pleasant Hope, Missouri and attended Wichita State University. He traveled to Lucca, Italy following college to sing in the Puccini festival, then set up his home base in Texas. From the very first time these three fine gentlemen sang together back in 2009, things have really clicked for John, Marcus and JC. The Keokuk county fair is extremely proud to host The Texas Tenors as they bring their special brand of musical magic to the What Cheer Opera House on July 6, to kick off our 2017 fair with a bang!

It was another dream of the Keokuk county fair board, and especially of Barbara Roland who is wife to fair board member Royal Roland, to engage “The Texas Tenors” as the opening concert for their county fair. Several fair board members had previously heard the group sing, and knew that they would be the perfect group to do just that, and in a big way. Efforts to pursue this dream for the 2016 fair were halted by scheduling conflicts, but as 2017 rolled around, we were very pleased to learn that not only were “The Texas Tenors” free on the date in question, but they were also agreeable to performing at our fair. Details were worked out and now we anxiously await July 6th and the arrival of “The Texas Tenors” to What Cheer, a tiny town with a huge amount of heart and spirit.

The venue for the show will be the What Cheer Opera House. This beautiful building was built in 1893, and is now listed on the National Register of Historical Places. In its’ glory days, the opera house hosted many a vaudeville circuit with magicians, comedians, dancers, hypnotists, politicians, Shakespearian plays and minstrel bands, in addition to local drama groups, bands and singers. In 1906, the famous John Phillip Sousa band gave a grand performance at the opera house. Especially notable at this performance, the stage was not big enough for everyone in Sousa’s band, so the big double doors at the rear of the stage were opened so that the band could overflow to the outdoors! Enthusiastic audience members came to the What Cheer Opera House from near and far, many traveling there in the early years by special excursion trains, and in later years, by chartered busloads. A few of the other musical legends who have performed at the opera house are the Cherry Sisters, Al Pierson, Hank Williams Jr. and Guy Lombardo. After his performance, Guy Lombardo was so impressed with the What Cheer Opera House and its’ acoustics, he encouraged dozens of fellow entertainers to come perform there, and so , as a direct result of that, patrons to the opera house were then treated to concerts from the likes of Sammy Kaye, Wayne King, Tiny Hill, Freddy Martin, Fred Waring, Clyde McCoy, Harry James, Russ Morgan, Jan Garbar, Stan Kenton and Bob Crosby as well as Kitty Wells, Johnny Wright, Ernest Tubb, Porter Wagner and the Ozark Opry troupe led by Lee Mace. If only the walls could talk…there are sure to be many stories that could be told by this grass roots theatre, the What Cheer Opera House.

After the boom years, however, the What Cheer Opera House could no longer keep on solid ground financially, and it was left to gradually deteriorate. It was eventually scheduled to be demolished in 1965. A group of concerned What Cheer citizens then took on the task of saving and restoring the building through a non-profit organization. Many hours were spent researching both the history of and the physical details of the building so that the restoration, done by volunteers, could get the building, as closely as possible, back to its’ original state. Audience members will notice intricate wooden seats which even include a holder for gentlemen’s hats beneath them, the red velvet stage curtain, the gold and ivory spindles around the horseshoe curve of the balcony, the 90 year old chandelier hanging from the ceiling, and all the crystal shades for the light fixtures, mismatched because they all were dug out of resident’s attics and basements for donation to the opera house. Patrons should also look at all of the framed show bills decorating the walls of the main hall. Truly, a trip to the What Cheer Opera House is like a trip back in time. We hope you will enjoy seeing the incredible Texas Tenors at the historic What Cheer Opera House as we celebrate the 129th year of the Keokuk County Fair in What Cheer, Iowa!