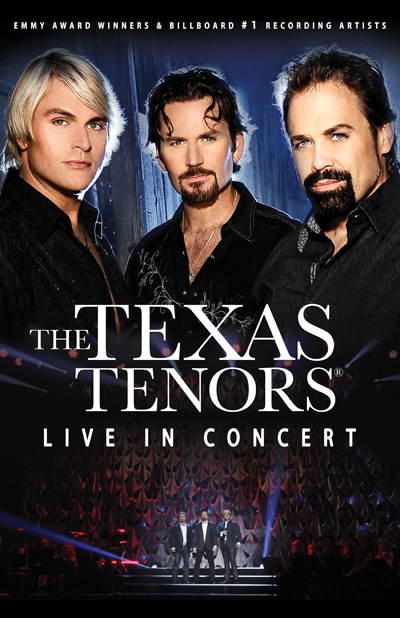 The Texas Tenors are the most successful music group and third highest selling artists in the history of America’s Got Talent! Since 2009, JC Fisher, Marcus Collins, and John Hagen have released 4 studio albums, 4 DVDs, and multiple singles. They’ve earned impressive recognition over the years, including 3 Emmy Awards and the distinction of being Billboard Magazine’s 2017 #10 Classical Crossover Artist in the World. In addition to collaborating with some of the most prestigious symphonies in the world, The Texas Tenors have performed at The White House National Tree Lighting and Congressional Medal of Honor Ceremonies, and their live concerts are wildly successful and appeal to all ages.

This year, The Texas Tenors will celebrate 10 years together by launching their “10th Anniversary Tour”. They are honored to be included among the top 50 acts in the world and take pride in remaining the same self-managed and self-produced “three friends with a dream”.