According to Ralph Waldo Emerson, “Life is a journey, not a destination.” This is a concept that one man has taken to heart as his journey has led him through some pretty amazing experiences. I was fortunate enough to have the opportunity to interview Larry Hanson while we were both on a Caribbean cruise together this past week. Larry is a multi-talented musician with an impressive history in the music industry. As such, he has extensive knowledge to share, and I certainly found his experiences to be enlightening.

Larry is originally from Minnesota. He was exposed to music at a very young age since his mother used to sing in a Lutheran choir and play the piano. He began to play the trumpet in band in the sixth grade, and he continued to play it all the way through college. However, he didn’t become completely fascinated with music until he was about 12 years old. He was at his Uncle Buster’s house one day. His uncle pulled his electric guitar out and began to play it. Larry describes his reaction as being like “getting hit with a brick”. Then his uncle brought another guitar out of the closet, gave it to Larry, and began to show him some chords. It was the beginning of something wonderful. 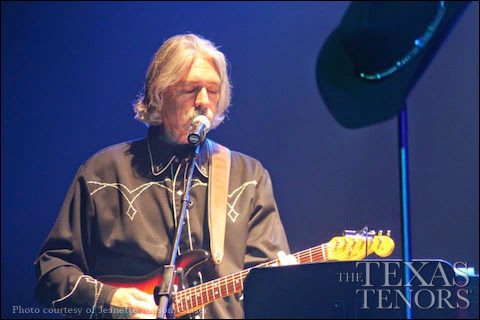 Larry Hanson on guitar and vocals

Eventually, Larry ended up in California playing for several different local bands; he frequently played in nightclubs. In 1980, he happened to work for Bill Medley at a nightclub. This led to him becoming a part of Bill Medley and the Righteous Brothers’ band in 1981 and 1982 playing the keys, bass, and trumpet. He soon became Bill Medley’s music director. Bill Medley also had a country gig that he performed, and Larry was part of that band as well. While promoting his albums, Bill Medley opened for his label mates, Alabama for 20 shows. In 1985, they opened for all of Alabama’s shows. This led up to Larry starting with Alabama in 1987 as a guitarist and saxophone player. He continued to play for the band until 2004 when they performed their last show in October in Bismarck, ND. At that point, Larry turned his attention to his recording studio, Fatback Recording, in Nashville. His studio has produced albums for many well-known musicians, including Robert Plant, Sara Evans, The Texas Tenors, and more. Most recently, his studio produced the album by Mike Farris that won a 2015 Grammy for Best Roots Gospel Album.

Additionally, he played several dates with Gretchen Wilson and Kenny Chesney. He also spent some time touring with his daughter, Jennifer Hanson, when he was able to have his first opry performance. Eventually, Larry returned to playing for Bill Medley and ended up moving to Branson, MO to play in the Starlite Theatre for him. While at Starlite, another group, The Texas Tenors, began a show at the theater. Bill Medley’s band, also known as the Three Bottle Band, was shared between Bill Medley and The Texas Tenors. After Bill Medley left Starlite a few years ago, several members of the Three Bottle Band, Larry included, remained in the band with The Texas Tenors. Now, Larry tours with The Texas Tenors, in addition to playing several gigs on the road for Bill Medley. He also still works some with Alabama’s Jeff Cook. Currently, he can play a plethora of instruments, including keyboard, piano, electric guitar, acoustic guitar, saxophone, trumpet, mandolin, and much more. 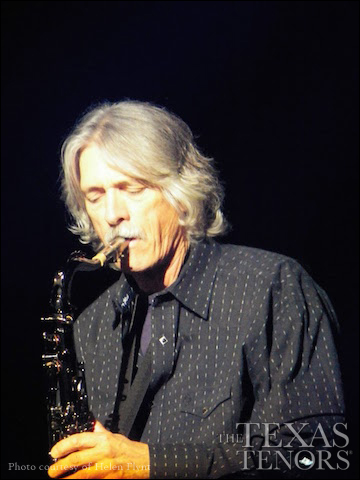 Larry Hanson on the saxophone

According to Larry, the most difficult part about being a touring musician is being on the road all the time. It can sometimes get lonely on the road, so it is important that a camaraderie is established among those traveling together. It is hard to put together a show so quickly in each venue because every venue is different. In fact, it can sometimes take 48 hours to put together a two-hour show. This is because there is the time traveling to and from the venues, rehearsal times, sound checks, setup, tear down, lighting rehearsal, and much more work that goes into each performance on the road. It can be extremely tiring. Furthermore, for Larry, traveling all the time means that he does not get to see his wife, three kids, and granddaughter as much as he would like. It also means there is little time for his hobbies, which include golfing, playing the piano for hours at home, walking, and visiting his kids. These are factors that all musicians need to understand and take into consideration before becoming a touring musician. 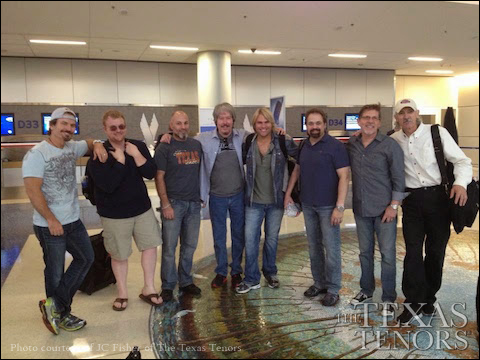 The Texas Tenors & The 3 Bottle Band

One of the best parts about being a musician, according to Larry, is that music always has something that can be improved. No matter how great something sounds, it can always be done better. This is why practice is so critical to a musician’s success. Even the best musicians need to practice. Furthermore, music provides a universal connection for even the most unlikely people. Larry noted one case where a 9-year-old boy in Florida is able to communicate with Larry in musical terms. They both have something they can learn from the other. Even though they are generations apart in age, when it comes to the music, they are the same.

Larry believes that all of his previous experiences have been tied together now that he is playing for The Texas Tenors. He noted that he found it interesting that two of the songs that led to their success on America’s Got Talent included Alabama’s Mountain Music and The Righteous Brothers’ Unchained Melody, two groups that were major components of his life. He is looking forward to seeing where the future as a member of The Texas Tenors’ band takes him. One of his biggest goals is to earn a Grammy in songwriting. As Larry put it, you have to make your own breaks in life. Never dream too high, and always be on a path and have established goals. You never know where your path may lead you, so enjoy the journey.