Christmas Crooning from Three Wise Men: An Interview with The Texas Tenors

Manhattan Digest – Few artists can claim that they’re known by both the Chinese government and David Hasselhoff. For The Texas Tenors, however, it’s just a few of the high profile individuals they’ve encountered since bursting onto the music scene in 2009. The group, comprised of Marcus Collins, John Hagen, and JC Fisher, gained national exposure after appearing on the fourth season of TV’s America’s Got Talent.

Recently, the trio sat down with Manhattan Digest at midtown’s Hilton Hotel. They were in town to promote their appearance at the National Christmas Tree Lighting Ceremony, which aired earlier this week on the Hallmark channel. The busy balladeers also discussed a number of their many projects.

The Tenors were ecstatic to have been invited to Washington, D.C. this year and credit their filmed PBS productions, You Should Dream and Rise for the opportunity. The specials continue to run on stations around the country and have opened numerous doors for the group. “We gave them to Public television at no cost, paid for them, put them on a shiny platter and asked them to play it,” said Marcus.

The exposure served them well. In 8 years, their eclectic repertoire has been heard at 1500 concerts in 20 different countries. They’ve also been privileged to perform at the American Legion National Convention and for the Honorees for the Congressional Medal of Honor.

“To hear these stories…you don’t forget that stuff,” added John with humility and gratitude. 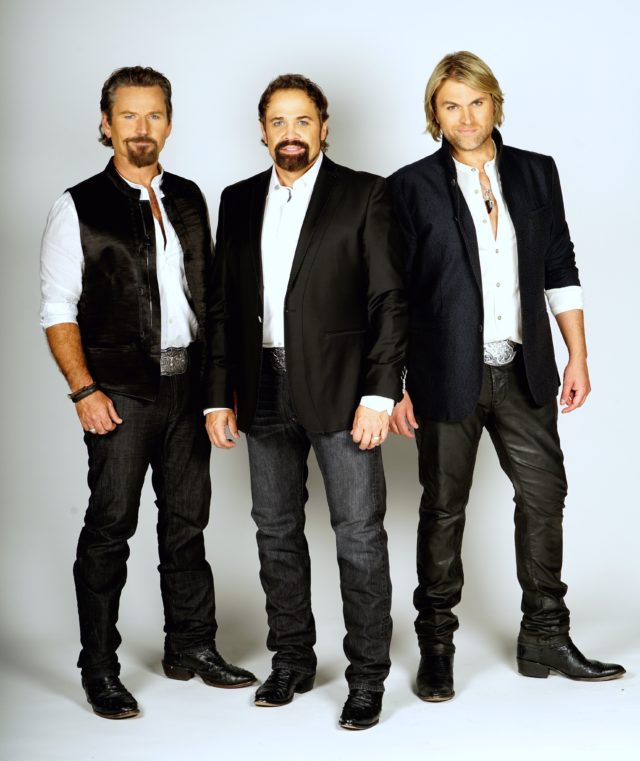 Prior to their big break, they “met in prison choir while making license plates,” joked John.

In reality, they had all known each other and were inspired to pursue a career after JC’s wife needed music entertainment for a pageant.

Marcus explained, “JC called John and me. We all got together, practiced a little bit and recorded it. Then we had the idea to send it to America’s Got Talent. They called us and we auditioned in Houston. It was a whirlwind, but we never looked back.”

Though they all dabbled in performance and other odd jobs, none of them found singular success until they converged as a trio. “I had one foot out of the industry and was tired of living job to job,” said John. “JC’s idea came around at just the right time.”

JC and John had been working in construction together. “John would be off in the other room singing and I knew that it was a voice that everyone needed to hear,” said JC. “Let it be known that I wasn’t just singing—I was also working,” John quickly added with a smile.

In spite of their frenetic schedules and popularity, The Texas Tenors are a self-contained group. “We don’t have a manager or a label. John’s wife does all the merchandise fulfillment in their basement,” said Marcus.

“We’re control freaks is what it really boils down to,” John quipped.

The freedom has given them a great deal of flexibility. “We’re able to do what we want to do, and sing what we want to sing. It may cost us some things sometimes, but the industry has changed so much,” said John. Though that might change in the future, their travelling band has encouraged them to “just keep doing what they’re doing.”

Social media is another factor in the group’s fame, along with their devoted fans who call themselves “The Texas Tenorettes.” “They help us to get the word out about our shows and have our songs played on music stations,” said Marcus. 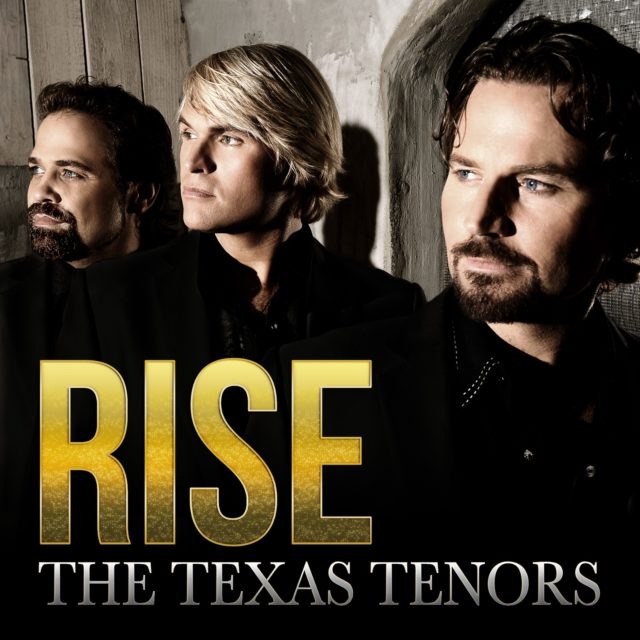 The charitable gentleman are especially excited about their single, “Rise” which debuted this past September. After Hurricane Harvey flooded Houston in August, they turned talent into tenderness by donating 100 percent of the proceeds of the song to the Hurricane Harvey Relief Fund. Jennifer Hanson, daughter of the group’s guitarist, wrote the deeply inspired piece with James Slater and Nick Brophy. It speaks to the power of resilience and overcoming despair.

The much needed balm came at the right time for so many in need. “When you listen to the words and you think about how devastating everything has been, you think about how people need hope and inspiration,” Marcus said. “We need to feel good about life and realize that this too shall pass. We’ll move forward and we’ll all rise together.” The song catapulted to the top of the classical charts on Billboard and Amazon.

For JC, its message hit home for family members. “My sister lost her barn and my cousin and wife’s family also experienced water damage.”

During the holiday season, the group will travel to quite of the few towns affected by the natural disaster with their tour entitled, “Deep in the Heart of Christmas.”

A recent article in The Washington Post reported that only 26% of survivors from the Hurricane received FEMA support. The Tenors hope that their visits will bring more awareness and joy to a dire situation.

“The story got buried pretty fast, but there is still so much work to be done,” said John.

Marcus agreed, “We really want to keep it on the front burner for folks.”

The three artists seemingly possess a natural gift for positivity and determination. As the interview wrapped, Marcus humbly acknowledged their success–and their responsibility. “People look to us to see what can be accomplished in this country. To be able to perform at the White House is a testament to living the American Dream.”

For listeners, that dream that has been fulfilled with sublime harmony.

Click here for a news story and a link to purchase “Rise”.

For merchandise, tour information, biographies, Christmas gifts and everything else you wanted to know about the Texas Tenors but were afraid to ask, go to their official store.

Prevoius Post:The Grand Presents The Texas Tenors in DEEP IN THE HEART OF CHRISTMAS