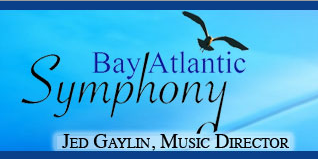 The Bay- Atlantic Symphony has announced the signing of one of today’s hottest show business acts to perform with them at the Borgata Hotel Casino & Spa in Atlantic City on Sunday, Sept. 23.

Straight from America’s Got Talent and worldwide fame, “ The Texas Tenors” will bring their unique blend of opera, pop, and country music, seasoned with a Texas flavor, combined with the sound of the Bay- Atlantic Symphony, conducted by Music Director Jed Gaylin, to the Symphony’s fifth annual gala concert at 3 p.m. that day at the Borgata’s Music Box.

“The Texas Tenors just signed the contract and we are thrilled and excited to have them perform with us,” said Bay- Atlantic Symphony Executive Director Paul Herron. “This tremendous group is in demand in top venues all over the world and so it is a true honor to have them make their Atlantic City premiere with the Bay-Atlantic Symphony.”

Tickets ($65 and $50) will go on sale this summer. For ticket information, call 866-900-4849. The ticket price is subsidized by a generous grant from the PNC Arts Alive grant program.

The Texas Tenors bring something for everybody to their show, which they have taken from Branson, Missouri, to Great Britain, China, and Australia. They will leave you amazed and craving more as they blend skills in classical music and opera with country, pop, and show music. All this will be combined with the backing of the full Bay-Atlantic Symphony.

Prevoius Post:Review of The Texas Tenors with Wichita Symphony