‘America’s Got Talent’ Tenors will perform in Lancaster

Few music groups have as much versatility as The Texas Tenors.

The three friends from the Lone Star State, who came to national attention on NBC’s “America’s Got Talent”, have a repertoire that runs the gamut from country and opera to pop and Broadway show tunes.

One minute they’re singing Puccini’s aria, “Nessun Dorma” and the next they’re harmonizing on “Somewhere,” the Broadway classic from “West Side Story”.

You might have heard The Texas Tenors albums or seen the group’s Emmy Award-winning television special on PBS.

The tenors — Marcus Collins, JC Fisher and John Hagen — will show off their wide-ranging musical talents when they perform July 10 at American Music Theatre in Lancaster. It’s their second visit to AMT — the group last played there in 2014 — and one Collins said they’re looking forward to.

“We’re excited to come back,” Collins said in a phone interview recently from his California home.

It was a rare day off from touring, something The Texas Tenors has done nearly nonstop since its breakout performance in 2009 on “America’s Got Talent.” Collins, Fisher and Hagen play about 150 concerts a year, including 60 shows at Branson, Missouri’s Starlite Theatre.

The busy schedule doesn’t leave Collins much time to spend with his three beloved, rescued bulldogs -— Bella, Stella and Gabriela — unless he takes them on the road with him.

But it does afford Collins plenty of opportunity to sing the Broadway show tunes and pop songs he gravitates to the most.

“Telling a story through the music is the ultimate for me,” the classically trained singer said.

The story-telling comes naturally to Collins. As an actor, has appeared in movies and TV shows including “Sex and the City,” “30 Rock,” and soap operas “As the World Turns” and “One Life to Live”.

One of Collins’ favorite moments in The Three Tenors’ show is when he sings Bruno Mars hit “Just the Way You Are.” During the song, Collins ventures out into the crowd and invites audience members to snap selfies with him.

It’s the kind of fan-friendly performance The Texas Tenors like to give fans.

The group spends an hour after each show meeting them.

Along with the pop tunes, Broadway show-stoppers and arias, The Texas Tenors’ Lancaster appearance will also feature some patriotic numbers, Collins said.

Fans can expect to hear the group’s version of the Neil Diamond hit “Coming to America,” and a rendition of “God Bless the U.S.A.” The group’s YouTube version of the latter has gotten 1.5 million views, Collins said.

Those red-white-and-blue hits will no doubt be on the bill again later this summer when The Texas Tenors perform at the American Legion’s national convention in Baltimore. 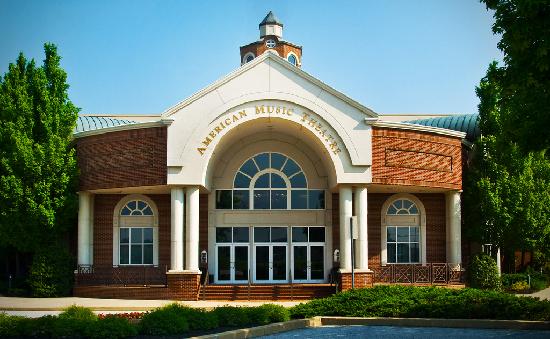 Since their whirlwind debut four years ago on NBC’s America’s Got Talent, The Texas Tenors have performed around the world, and collaborated with some of the most prestigious symphonies and performing arts centers throughout the globe. From Alabama to Puccini, The Texas Tenors bring their unique blend of Country, Classical and Broadway to the stage with breathtaking vocals, humor and a touch of cowboy charm.

Prevoius Post:VIDEO: The Texas Tenors Are Proud to Be American

Next Post:The Texas Tenors riding into Mentor for concert